Monday June 01, 2015 - 18:45:26
Latest News
0 Comments
2931
Super Admin
Jeenyo United have lost hopes of winning the league title, after they were defeated 2-1 by Banadir sports Club during Monday's league match. Striker Dadir Amin Ali, who fought hard, scored the two goals for his team in either halves of the match.

This was the first time Banadir Sports Club beats Jeenyo United in three seasons. The result apparently lead the police club, Heegan FC, to be Somalia’s 2014/15 champions without playing a match today and even with still having two matches to spare. On Thursday, Heegan FC will face Sahafi FC, while the champions will play their last match of the league against Banadir Sports Club on 9th of June.

Each of Jeenyo United and Banadir Sports Club is now vying for the second place of the league. Either of them needs a victory in their last match to confirm a second place.

As shown in the schedules, Jeenyo United will face Horseed on Sunday next week Heegan have now 36 points from 16 matches and have already booked their place in the upcoming CECAFA Club Cup to be staged in Tanzania from 15th of July. 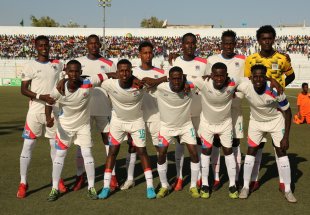