Thursday January 29, 2009 - 03:07:14
Latest News
0 Comments
22360
Shaafici Muxyidiin
Zimbabwe’s CAPS United FC will be hoping for maximum points when it takes on Victors FC of Uganda in a CAF Confederation Cup preliminary round tie in Kampala on Saturday.

The CAPS United entourage of 16 players and seven officials left on Wednesday for , en route to the Ugandan capital.

The Zimbabweans are hoping to emulate the fine run of another local side, Dynamos FC, which shocked African football fans by reaching the semi-finals of the 2008 CAF Champions League in 2008.

Dynamos were eliminated by ’s Cotonsport of Garua in the semi-finals, but not before knocking out a string of African powerhouses who included the then defending champions Etoile du Sahel of and former cup holders Asec Mimosa of . 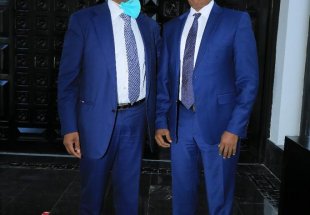