Fiorentina travel to Slavia Prague on Wednesday night looking to secure passage into the Champions League for the first time since 1999 and they can be confident of doing so as they take a solid 2-0 aggregate lead into Slavia's new Eden Stadium.

The Viola heavily dominated the opening tie at the Stadio Artemio Franchi and could have scored more than the two they did. A similar performance will see them progress.

However, whilst Fiorentina may have one foot in the Champions League, star forward Adrian Mutu will miss out after suffering a dislocated elbow - a considerable blow.

No Mutu, No Problem?

Mutu has been on fine form for Fiorentina so far this season. It was his majestic 30 yard curling free kick in the third minute in Florence that set Fiorentina on their way to victory in the first leg. This is despite a turbulent pre season that has seen him almost sign for Roma and land a £13.68 million fine for testing positive for cocaine during his time at Chelsea.

Mutu's absence should not trouble La Viola too much as, thanks to a deft combination of youth policy and smart summer transfer work; they can depend on the likes of the quietly resurgent Gilardino and the exuberant Pazzini to provide focus in attack.

Gilardino is gradually returning to the confident goal scorer he was under Prandelli at Parma, whilst Pazzini's superb brace in the friendly against AZ Alkmaar is a reminder of his steady growth and his desire to secure a starting shirt.

Slavia on the other hand have a tougher task on their hand. Precious little was seen of their attack in Florence and they will have to discover some kind of cutting edge if they are to derail Fiorentina's passage into the Champions League.

The Czechs are four weeks into their season and currently sit fourth in their domestic league, collecting two wins, a draw and an opening day loss. However, their last game saw them crush league rivals Bohemians 5-0.

Sešívaní coach Karol Jarolim was 'disappointed' that his team failed to show their attacking abilities against Fiorentina and so will hope that this recent goal glut can inspire his team to find the net on Wednesday.

Mutu is the only major missing player. Expect to see Pazzini or Osvaldo or perhaps even both partner Gilardino. Coach Prandelli may field a couple of irregular players but with the job not fully finished yet the inclusion of a side mainly comprising the usual side is far from out of the question.

Visiting coach Karel Jarolim may opt to change from the 4-5-1 displayed in the first leg to a slightly more attacking 4-4-2. If this is to be the case then Necid or Senkerik may slot in up front alongside Toleski. After netting five at the weekend against Bohemians Slavia will most likely have to go for goal to build on this confidence.

Fiorentina should comfortably and professionally see this match out and reach the Champions League proper. The developing strength and depth of Prandelli's squad mixed with the team's collective cohesive experience in reaching last seasons Uefa Cup semi-finals gives them a strong advantage.

Slavia will show far more in this match than was in evidence in the first leg. Their strong home form and need for goals should see them cause Fiorentina the occasional problem, but ultimately expect La Viola to get the result they need. 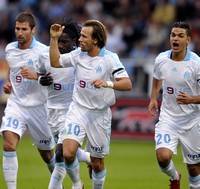