With a 2-1 advantage from the first leg, Pana are in with a fine chance of returning to the group stages for the first time since 2006.

The Greek Super League has yet to kick off, meaning that the Athens side are a bit light on match practice. Nonetheless it also means that injuries are mercifully light.

Henk Ten Cate's men meet a Sparta outfit who sit atop the Gambrinus Liga with 10 points from a possible 12. Buoyed by their fine start to the new campaign - a 5-0 derby win over Bohemians on Friday inclusive - they may just sneak those away goals.

Artmedia are down, but not quite out. Still, if Juventus can add to their four goal aggregate lead in the outskirts of Bratislava then they are essentially done for.

The Slovakians have shocked some of Europe's bigger names previously, but the return to the competition of the Italian giants seems to be slightly too much for them.

Juve boss Claudio Ranieri will most probably rotate his side given their margin of victory in the first leg.

Barcelona coach Pep Guardiola, too, can afford to make a few changes after his side thrashed Wisla 4-0 at Camp Nou a fortnight ago.

Samuel Eto'o was the big revelation in that game, and it's since transpired that he is no longer transfer listed after club and player made their peace with each other.

Wisla, top of the Ekstraklasa with three wins out of three, may seek damage limitation as the most realistic option, but a pride-saving home win is certainly not beyond them if they play to their best.

BATE stand on the end of history. Aliaksandr Hleb's old side are just 90 minutes away from becoming the first Belarussian side to reach the group stages of the Champions League.

By winning 1-0 in the Bulgarian capital in the first leg the Borisov outfit have given themselves a superb chance of progression.

Levski's last match was a 6-0 win over A PFG whipping boys Botev Plovdiv on the 17th; their subsequent game at Chernomorets Burgas was postponed to allow them more time to prepare for this fixture.

Failure, it seems, is not an option: a lesson learned by former manager Velislav Vutsov, who stood down after the first leg. Emil Velev takes the helm instead.

Lithuanian giants FBK Kaunas shocked Rangers in the second qualifying round, but it now appears that AaB have proved to be too strong for the baseball players.

One factor working against them - aside from their aggregate deficit - is that the A Lyga is looking slightly more competitive than usual. With 15 games played they are a point behind Ekranas Panevezys, who lead the table, and also one behind Suduva, albeit with a game in hand. Like Levski their weekend game was postponed.

AaB have started dreadfully in the Superligaen, winning just once in five fixtures. Their last result, a 3-0 home loss to Odense, has the fans nervous ahead of the journey east, but most feel that they have enough in the tank to succeed.

It is just about safe to say that Dynamo are set to grace the group stage once more. The Ukrainian aces fell to an early goal at Spartak in the first leg but then roared back into life, slamming four past their stunned hosts.

Last season's Premier League runners-up, then, are all but guaranteed passage to the next round. The danger, though, is that they take their foot off the gas a little bit for the second leg and concede early.

Spartak, nine points off the pace domestically, are having a miserable time of it, although they did manage a 1-1 draw against Dinamo Moscow in the city derby at the weekend. Still, last season's group stage competitors appear now to be missing out.

With Cimbom fighting back from 2-0 down in the first leg to secure a draw, it's all to play for in the Romanian capital of Bucharest.

Truly it's been a tumultuous few years for the Istanbul side, who didn't even qualify for the Champions League last season. Instead they played in the UEFA Cup, where they were thrashed by Bayer Leverkusen.

Steaua, meanwhile, reached the group stages last season but are having a tough time of it at the moment. A draw at Gloria Bistrita at the weekend saw them drop to sixth in Liga I - a position nowhere near good enough.

Last season's shock troops Fenerbahce managed a 2-2 draw at Belgrade. Now they bring Partizan to Turkey in an attempt to finish the job.

The Yellow Canaries actually lost their first Super League game of the season 1-0 at Gaziantepspor - a major disappointment for such an ambitious club, and one that will dent confidence.

Partizan have won both of their Super Liga fixtures so far and hopes are high in Belgrade that a return to the group stage for the first time since 2004 is in the offing.

One of only two 0-0 draws in the qualifiers took place in Guimarães a fortnight ago, giving Basel the upper hand at the Sankt-Jakob Park.

Since losing their Super League opener back in July the Swiss side have gone unbeaten, and a 4-3 thriller over Neuchatel Xamax at the weekend sees them retain top spot in the country.

Vitoria, for their part, are still sailing in uncharted water, although a 1-1 draw with Vitoria Setubal at the weekend isn't the best preparation.

Atleti, having spent so much to get back into Europe, are now on the verge of elimination after losing out to Schalke in the first leg.

The rojiblancos have conducted their usual summer transfer dance, although it's an established player who might make more of a difference. Kun Agüero is back from the Olympics and he's ready to shine.

Schalke, though, know that they're on top and need only keep a clean sheet to qualify. A draw at Werder at the weekend sees them second in the Bundesliga - no mean feat.

Ukrainian champions Shakhtar, holding a 2-0 advantage from the first leg, will use this clash to distract from what has been a horrible league campaign so far.

The Donetsk side frequently impress in Europe, but right now they sit mid-table at home after yet another defeat at the weekend.

Dinamo's form couldn't be more different. The Croats have won five on the trot in the 1. HNL, scoring an average of three goals per game. A 3-2 victory at Zadar at the weekend sees them in fine stead for a match in which they must net twice at least.

Carrying an away goals advantage, Marseille must be considered distinct favourites to return to the group stage yet again.

The absence of Sunderland-bound Djibril Cissé hasn't deterred OM from topping Ligue 1 after three weeks, a 1-0 win at Le Havre at the weekend being the latest feat. Still, this game will be bittersweet after a deadly bus crash that killed Marseille fans rocked the entire club.

Brann just can't seem to get it right. Sitting fully 14 points off top spot after 18 games of the Tippeligaen seaosn, their best bet could be UEFA Cup qualification, because it looks like their Champions League dreams are over - barring a massive shock, at least.

For the biggest potential shock of the round, look no further than Anorthosis. Olympiacos, the side that reached the knockout stages last season, were utterly thrashed 3-0 by the little old lady.

Cyprus now virtually has its first Champions League representative, and only a major turnaround in Piraeus can prevent that from happening.

Still, Olympiacos are rested, refreshed, and eager to atone for what was a disastrous result. Few would say that it's not at least possible that they'll do so.

The Viola celebrated their fourth place finish in Serie A with a 2-0 win over Slavia in the first leg. Now comes the time to finish the job.

With the club's summer transfer wranglings basically resolved, all is well in Florence, although the lucre and prestige of securing CL qualification would ice that particular cake.

Czech champs Slavia, who have endured a mixed start the season, at least have on their side a healthy goalscoring record. Coming into this game they need to score twice - a tally they have averaged in the Gambrinus Liga thus far.

The Gunners, despite having a terrible league start by their standards, are odds-on favourites to progress after winning 2-0 in Enschede.

Arsène Wenger's side took a while to get warmed up but, when they did, the gulf in class between the English side and Steve McClaren's tukkers was plain to see.

Nonetheless the eastern outfit will be encouraged by Fulham's win over the Emirates side at the weekend, not to mention their own status as plucky underdogs.

Speaking of underdogs, last season's runaway Belgian champions Standard are still very much in contention as they journey to the famous arena of Anfield.

Liverpool were poor in the first leg and were perhaps fortunate to leave with a 0-0 draw, and if the Red Devils can sneak that away goals then Rafa Benítez is in trouble.

Nonetheless home advantage, not to mention the confidence gleaned by a last-gasp win over Middlesbrough at the weekend, sees the famous Reds as favourites. 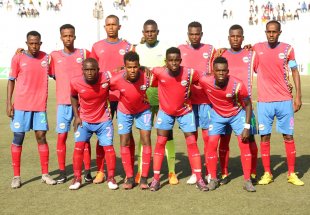 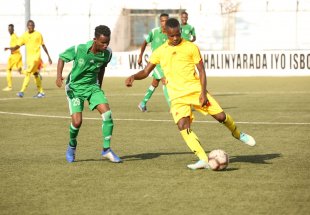 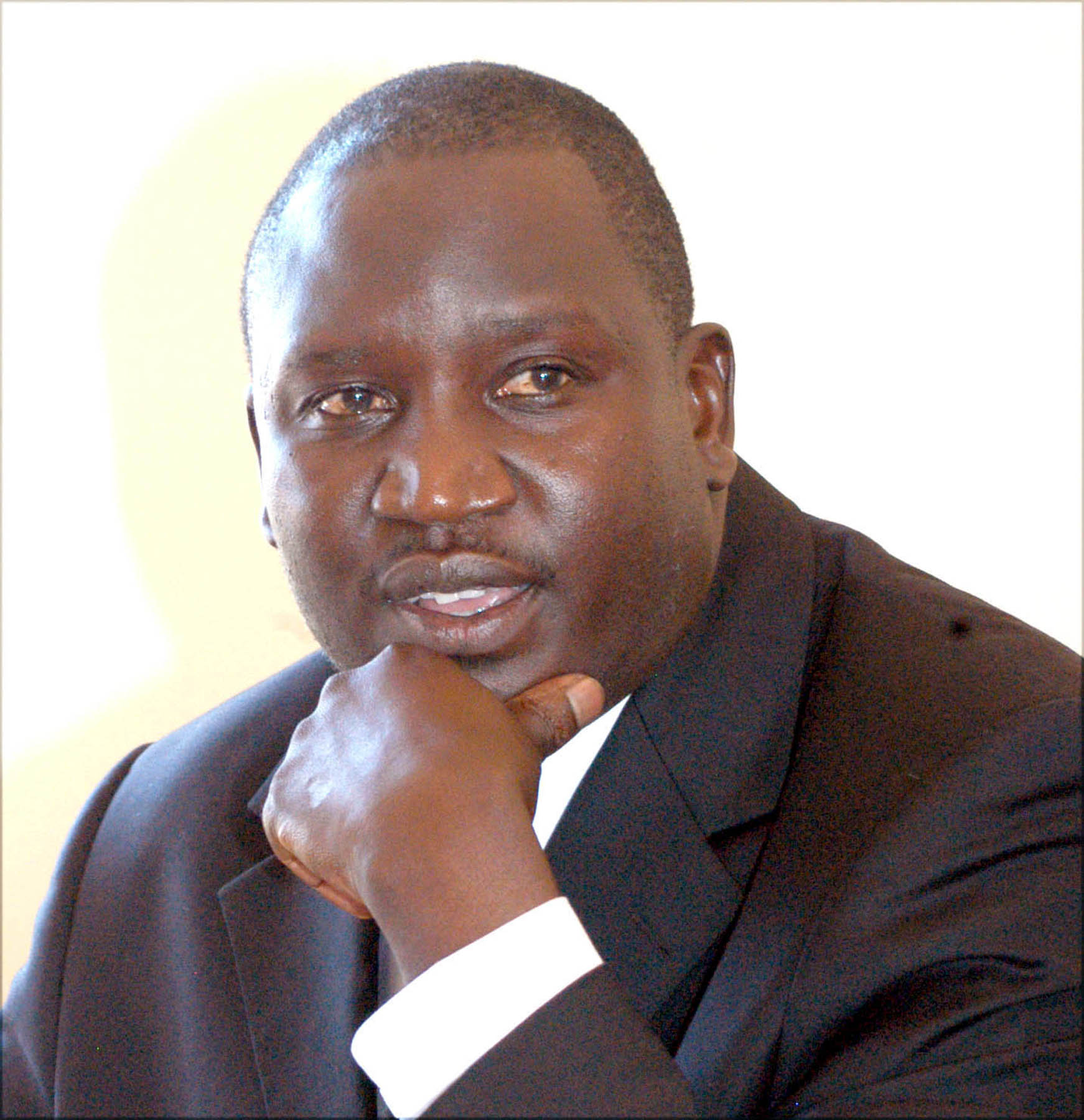 CECAFA cheered by Uganda, Sudan and Ethiopia for reaching AFCON 2015 qualifiers final round 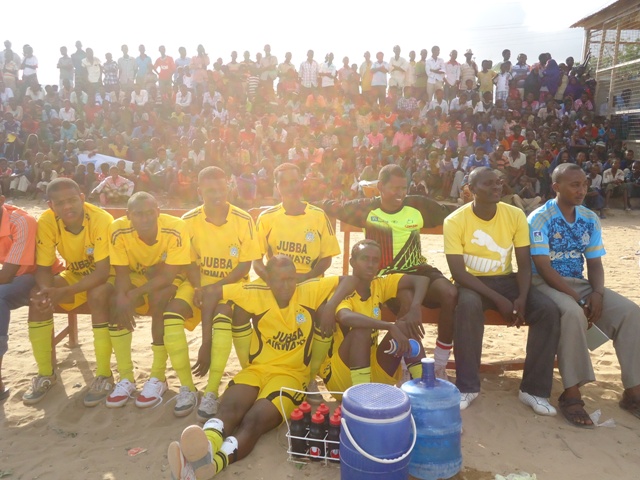 Somali division A league 2nd round resumes in capital