The Vicente Calderon is no stranger to shattered dreams and broken hearts, and come Wednesday night the home of Atlético Madrid is going to have another tale to add to it’s long list of sob stories. The stadium, along with all those in it, will witness ninety minutes or more of season defining football, which will ultimately end with the destruction of Champions League dreams for either Atlético Madrid or Schalke 04.

With the first half of the tale already told there is little doubt that the dreams of the Germans are closer to reality than those of the Spaniards. For Fred Rutten and his side the mission come Wednesday night is simple; don’t lose. If they succeed in that then their 1-0 victory in the first leg will carry them through to the Champions League group stage and will leave Atlético yet again wondering what could have been.

Not that it is over for Los Rojiblancos by any means. Despite a nightmare performance in the Veltins Arena they somehow managed to walk away with just a single goal defeat, a deficit which they will be confident of overturning in their own stadium. Indeed, as if having a vociferous home support wasn’t enough help in doing so then they have also been granted a few other life-lines.

The first of which is the growing injury sheet of their opponents. Fred Rutten will be without the vital quartet of Manuel Neuer, Orlando Engelaar, Jermaine Jones and Mladen Kristajic, all of whom are sidelined for the match. He is also likely to be without Jefferson Farfan who injured his shoulder in the first leg, although there are signs that the Peruvian could yet play a part in the game.

Javier Aguirre on the other hand will have nearly a full team sheet to choose from and it is unknown yet whether he will even play his trump card, Sergio Aguero. The young Argentine may have brushed aside claims that he is the ‘saviour’ for Atlético, but there is little doubt that the morale of fans and team mates alike has been boosted by his return. Whether he starts or not after only flying back from the Olympics a few days ago remains to be seen, but it would be highly surprising if he did not play some part in the match.

Schalke have also seen the return of an Olympiad in the form of Brazilian defender Rafinha and they will no doubt take heart from the fact they have not lost once in their last eleven competitive matches. Indeed, the Germans currently sit second in the Bundesliga after two rounds of matches and looked very impressive as they swept aside Hannover 3-0 in their opening encounter.

Atlético on the other hand have continued their woeful pre-season by narrowly edging past Sporting Gijon on penalties in the semi final of the Copa Teresa Herrera and then getting deservedly beaten by Deportivo in the final. The only positive which Aguirre can take from the tournament is that the recalled Maniche performed well and even grabbed a goal, possibly putting himself in contention to play against Schalke.

With Schalke likely to play relatively defensively the return of Maniche couldn’t be timed better for Atlético, as neither Raul Garcia or Paulo Assuncao possess the same creativity as the Portuguese international. If he is on song and Aguero plays from the start then Fred Rutten and his side will certainly have a busy evening.

For the Germans it is likely to be a much less creative game plan but one which requires much less to succeed. If they score first then Atlético will have to score three to win the tie, a feat which, based on the first leg performance, looks nigh on impossible.

Javier Aguirre will yet again have the luxury of been able to pick his strongest eleven for this crunch match. The main decision for the coach will be whether Sergio Aguero starts the game or if he comes off the bench to possibly replace Florent Sinama Pongolle. If he does start then it is undoubtedly a gamble with the amount of games the Argentine has played but if he doesn’t then fingers could be pointed if Atlético crash out.

Another interesting selection could well be in midfield where previously outcast midfielder Maniche seems to be coming back into favour. The Portuguese international scored against Sporting Gijon last week and it will be intriguing to see whether having seemingly won Aguirre over again he will be selected.

Fred Rutten will be without many of his biggest players for this key match including Manuel Neuer, Orlando Engelaar, Jermaine Jones and Mladen Kristajic. It also seems unlikely that Jefferson Farfan will play after injuring his shoulder in the first leg, although the coach has not ruled him out.

On a plus note the German side have welcomed back Rafinha from the Olympics by putting him into the squad for the match on Wednesday. Rutten has said he is unsure yet whether or not he will start the match but it seems likely that if fit he will slot in at right back.

With so much resting on his young shoulders it will be hard not to focus on Sergio Aguero come Wednesday evening. The Argentinean international showed at the Olympics just why he is regarding as one of the most precocious talents in the world and Atlético should be a revitalized force with him the ranks. Last season his partnership with Diego Forlan was one of the most prolific in Europe and Aguirre will be hoping that they can quickly gel again to fire the team to the group stages.

The only concern for the coach will be whether or not the striker is fully fit after flying back from China just a few days ago. If he isn’t then starting him could be a gamble, but it might be one that at this stage Atlético will have to take.

With an ever growing injury list Fred Rutten will be relying on one of his most consistent strikers to deliver the goods and send Schalke through to the group stages. Kevin Kuranyi has already found the net twice in the Bundesliga and as the front man in a defensive looking side he should fancy his chances in the Calderon. With his strong aerial abilities and good movement he was a constant menace to the Atlético Madrid defence in Germany and he will be hoping for more of the same in Madrid. The only worry for Rutten though is that with many of his more creative talents sidelined Kuranyi may find himself isolated upfront.

With a packed Vicente Calderon behind them and Kun in the ranks Atlético will definitely fancy their chances of overturning a single goal deficit, but it will be important that they do not rush matters. Schalke aren’t likely to come out all guns blazing and will most probably play reasonably defensively and try to hit the killer blow on the counter.

If the Spanish side can improve on their performance in the first leg though and can find some creativity then they should take advantage of Schalke’s injury woes and progress to the group stages. 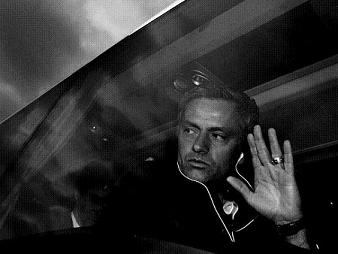