Gal-Mudug took the lead of the match after Fu’ad Abdirashid Dable scored the first goal of the tournament on the 24th minute of the game ending the first half 1-0 in favour of Gal-Mudug.

Hosts Banadir, fought back in the early minutes of the second half and made it 1-1 when Abdirashid Osman Sheik Ali, scored in the 49thminute. But Gal-Mudug took the lead once again when Hassan Abdi Hassan scored from a penalty kick award in the 54th minute.

Banadir were shocked when the second goal was scored against them. They tried hard to compensate for the goal and this time as the match was getting closer to the end, they were looking for a draw as they lost hopes of winning the match. As the referee was about to blow the last whistle, Ibrahim Ilyas Ahmed made the equalising goal for the hosts who were very delighted with the draw result. 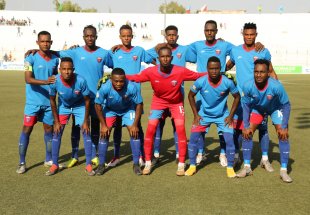