Wednesday September 15, 2021 - 17:01:53
Latest News
0 Comments
261
Super Admin
Somali Football Federation has today relaunched the offices of the football association of Galmudug State after a redevelopment project has been completed.

"Our job is to promote the game and the relaunching of this redeveloped headquarters is part of our plan towards the promotion of the sport” Somali Football Federation senior vice president, Ali Abdi Mohamed, told the media as he inaugurated the offices of the region’s Football Association.

The senior vice president also handed over a brand new car to the chairman of the region’s football association, Hassan Ahmed Shire, who thanked SFF for being fully committed to the development of football in the entire country. 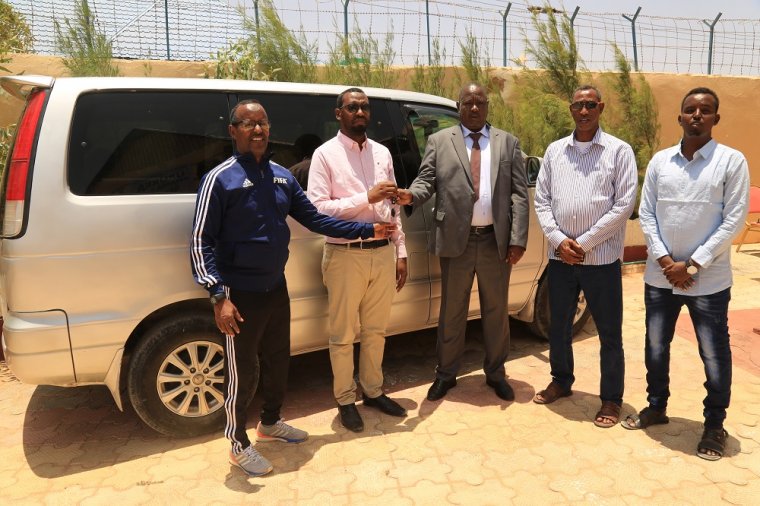