Somali Football Federation, said in a statement that the coach is "undisciplined” and doesn’t possess the professionalism that a national team coach should have. "He continuously used abusive words against the players, he maltreated them since taking charge of the team and he doesn’t have good behaviour” a statement from Somali football federation revealed.

"The players were unhappy with his training sessions, as his skills and experience are not those of national team standards, while he didn’t even come up with a training plan” the statements said adding that the coach failed to cooperate with his technical team and as well as the players. The sacking of the coach comes several hours before Somalia was due to encounter Djibouti in a friendly match on Tuesday evening.

Abdellatif Salef, was appointed as Somalia’s National team head coach less than three weeks ago and was sacked on Tuesday after being declared "incompetent” to lead a national team. 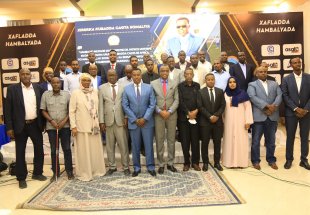