Banadir Sports Club who are Somalia’s current champions, took the lead of the hotly-contested match in the 40th minute with a goal scored by Kiene Kafunyo [No 14], before Qeys Abdulle Moalim [No 16] made it 2-0 in favor of Banadir Sports Club just three minutes to the end of the first half.

Jeenyo FC made successive attacks on opponent’s side and managed to come up from behind after Abdi Aziz Mohamed Atosh [No 10] netted the opening goal for his team in the 45th minute, while Mohamed Abdi Nur [No 7] bagged the equalizing goal in the 65th minute of the match.

Howver, Jeenyo FC were lucky to win the trophy 4-1 on penalties after the match ended in stalemate during the normal period that it takes to play a football match plus the extra time.

All matches of the 2016 edition of General Da’ud cup were screened live on Access TV and Mogadishu Cable. This was the first time that all matches of an entire football competition were watched live on Television since Somalia started to put matches live on TV screens late last year. 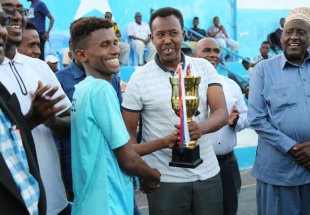 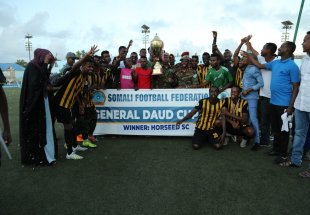 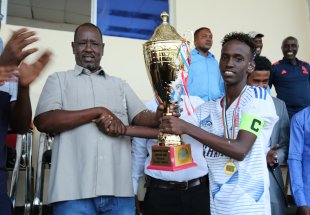 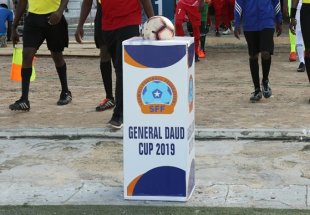