National team and Elman FC Striker Sa’ad Saleh Hussein gave his defending champions a 14-minute lead after scoring the opener goal of Friday’s match which could take Elman into the 2ndposition of the Nation Link Telecom championship if they had won in the hotly-contested match.

Elman seemed to have lost hopes when they suffered from the 3rd goal in the 32nd of the first have. The goal was scored by Abdulkader Abdirahman Mohamed popularly known as ‘Daandii’ ending the first half in 3-1 with Jeenyo in the lead.

In the 59th minute of the second half Sa’ad Saleh Hussein gave his Elman FC their second and last goal of Friday’s clash, but in less a three-minutes period Hamza Mohamed celebrated his 3rdgoal when he touched Elman’s net with another free kick ball making the match 4-2.

However, in the 64th minute of the second half Mahmoud Abdi Nur nicknamed ‘Meman’ scored the 5thgoal for his team in a match which local media described as another major shock for Elman since the league kicked off in November last year.

Mahmoud Abdi Nur is a teenage player who was first discovered during the 2010 regional football tourney for friendship and development when he was representing his Lower Shabelle region in the historic event.

Meanwhile, former International football referee Dr. Hassan Mohamed Ali, currently one of the managers of Nation Link Telecom has presented generous donations of football equipment to the two players who dominated Friday’s Match. They are: Sa’ad Saleh Hussein who scored the two goals for his Elman FC and the hat-trick scorer Hamza Mohamed (Jeenyo United).

The donation was part of the SFF friendly company’s commitment to encourage the promotion of football in the country where football has so far been used as an element to foster peace, public integration and friendship amongst Somali youths. 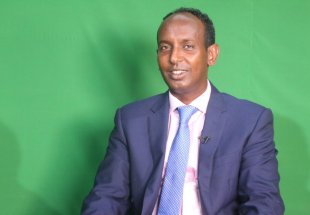 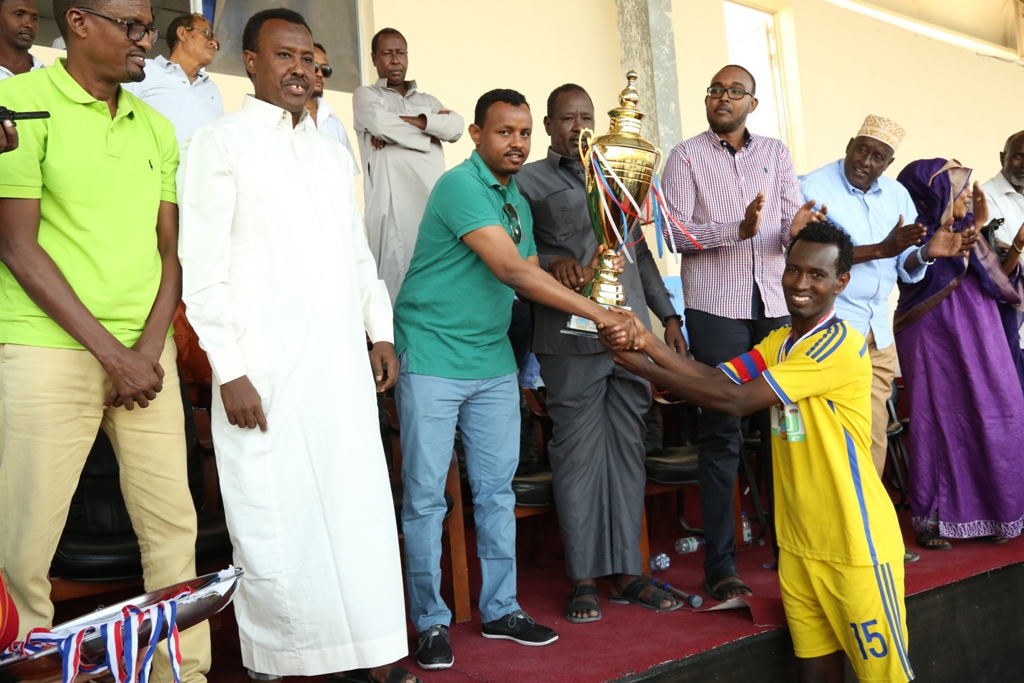 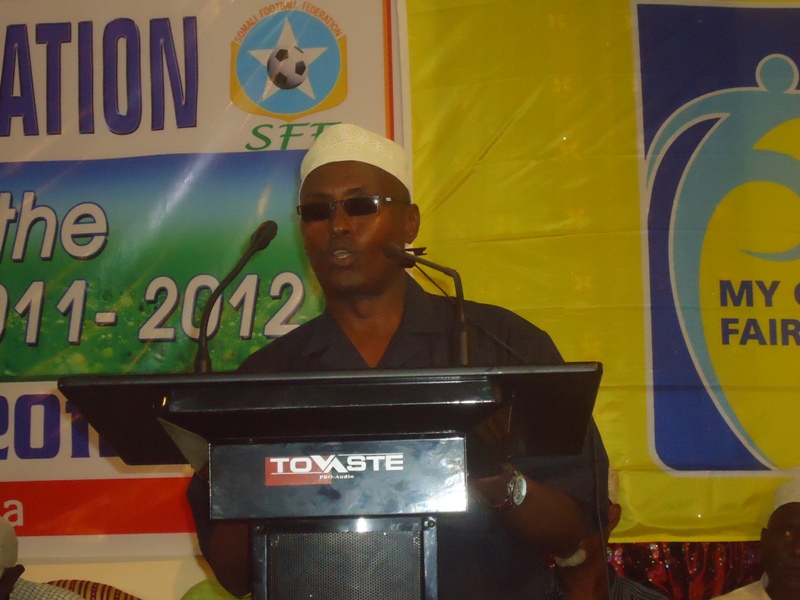 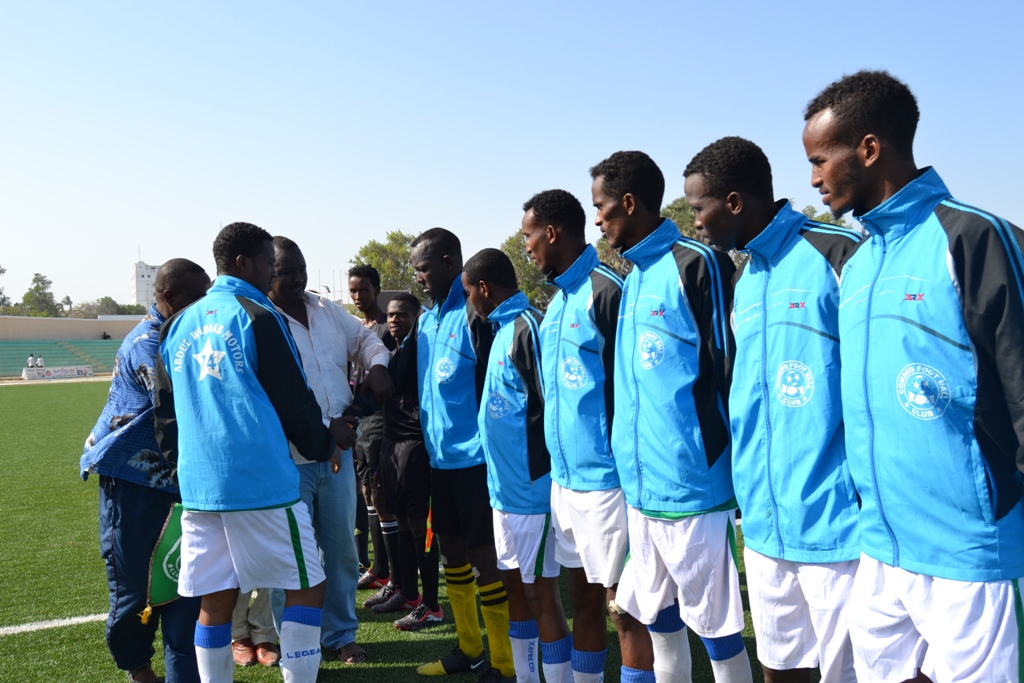 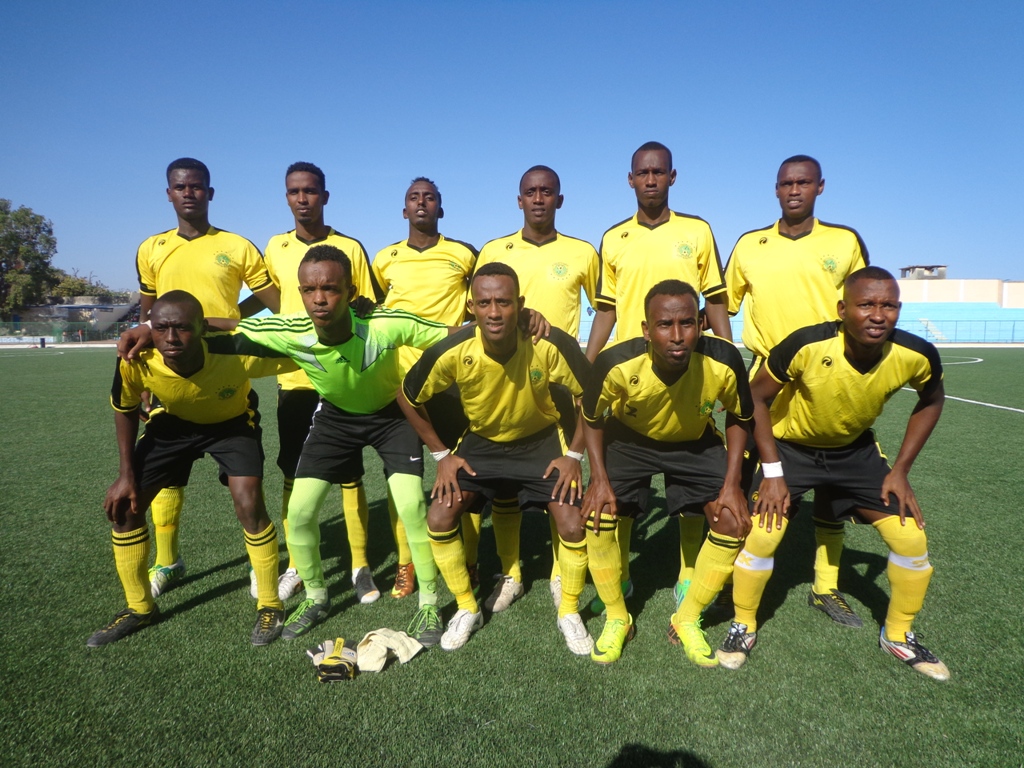