Thursday August 28, 2008 - 13:41:29
Inside Somsoccer.com
0 Comments
4598
Shaafici Muxyidiin
Every Monday until the first week of September, Goal.com will list of the top twenty transfers of the summer. In this edition, we considered all moves officially concluded by midnight on Sunday, August 10, 2008.

The extension from ten to twenty was compiled by taking into account previous editions.

The Giallorossi have finally secured full ownership of the Montenegrin, purchasing the second half of his contract from Lecce for a meaty 12 million euros. Is he worth 24 million today? Probably not. However, he has improved massively over the last 12 months, and continues to get better by the week.

The 20-year-old Uruguayan is regarded as one of the best young defenders in La Liga, and Barcelona wasted little time snapping him up from Villarreal. A touch overpriced at around 16 million euros, but a great signing for the future nonetheless, particularly with Carles Puyol beginning to show his age.

At long last, Atleti have made a good defensive signing - for free, even. They were in denial last summer when they failed to take concrete steps, but have landed just the man to lead their defence upon their return to the Champions League after over a decade. That he comes for free makes it even better.

A rather opportunistic and clever signing by Juande Ramos, but he is a gamble nonetheless. There is a good reason Barcelona got rid of him on the cheap. His attitude had been a subject of concern for eighteen months, which saw young Bojan Krkiæ leap ahead of him in the pecking order. His impact on the dressing room had not made positive news either. Spurs fans must hope that was the exception and not the rule.

Marseille have lost Samir Nasri to Arsenal, but have managed to land the perfect replacement in the man Arsene Wenger had his sights on to start with. What is more, they can keep him for a year or two, and make a cool 8-10 million profit.

On the face of it, it looks like the Viola have signed an unhappy, out-of-form striker. However, that was just what Adrian Mutu's move from Juventus looked like not so long ago. The fans will help him forget Milan in a hurry, and rediscover the striker that wowed Calcio when at Parma. The partnership with Mutu can be backed to produce some special moments in the Champions League.

At the time of his arrival he was the best signing Barcelona had made this season, particularly in light of the way their soft underbelly was exposed on the road last year. With him partnering Yaya Touré in the middle, it will ensure that the likes of Andres Iniesta and Lionel Messi do not get bullied, and also get the full license to thrill. 15 million euros worth their value.

What a capture! Barcelona seemed to have him in the bag, but hesitated a little too much as they waited for Frank Rijkaard to leave and a new coach to take charge. Madrid managed to snatch Sergio Ramos a few years ago, and what a signing that has turned out to be. This one may be no different.

On the wrong side of 30, a first look suggests that he is past it, but nothing could be further from the truth. There is a fire that burns in him as we saw during Euro 2008, and he has a lot more to give to football. He is not what Frank Lampard is, as he will never score as many goals. But then, he is also everything Lampard is not. Superb creativity, a great eye for the game, and an ability to run the show that has seen him win the Champions League with two different clubs. Finally, Chelsea have a player who can orchestrate the pleasing football their owner wants. With Ballack and Essien set to play around him, it will be an ominous midfield.

Jose Mourinho does not quite promote exciting football, but he does like a fast, aggressive winger forward at least on one flank. That is just what he has found in Mancini, who will be handed the license to thrill just as Arjen Robben was during the glory years at Chelsea. Tends to blow hot and cold, though, as Roma found out last season. Lack of consistency will not go down well with the 'Special One', so he does need to focus a lot more.

A great way for Spurs to show their ambition - by winning the race for the talented Blackburn winger, and in the process signing a former Arsenal youngster. Given what Juande Ramos did with Jesus Navas - a very similar player - this one has success written all over it. He has the potential form a formidable attacking midfield along with Giovani Dos Santos and Luka Modric.

Make no mistake, I rate him very highly. That said, the Reds paid a few millions too many. He will still score the 15-20 goals needed to complement Fernando Torres' 25-30, so Rafa might just have splashed the extra cash with good reason. Their draw happy start to the season destroyed their title challenge last time around, so goals is what they need, and that is what they will get.

The Brazilian-Italian striker made it to number three after earning himself a long overdue move to a top four club, but now slips down to seven. He has already shown his potential with Palermo, and the prospect of him getting some top quality service from the Juve midfield is simply mouth-watering. Champions League, here he comes.

Chelsea, Real Madrid, Liverpool, Manchester United – these are just some of the clubs that have queued up for him over the last 18 months or so. However, it is Barcelona who land him after some difficult negotiations with Sevilla. Perhaps a touch overpriced at 30 million euros (he would have been number one on this list at 20m), but then again, he is the best attacking full-back this world has seen since Roberto Carlos.

The highly rated French international is the latest to join the clan of young Gunners. Many view him as a replacement for Aliaksandr Hleb, while others go a step further and call him the next Zidane. He has had some problems with injuries, but let's hope those were exceptions as opposed to the rule. The prodigous playmaker is at number five.

A gamble? Yes. But given the chance, would you sign one of the all time greats of football for a third of his market price last summer? You bet you would. At 28, he is far from over. Some diet planning and some tough training, and he will give at least three or four good years to the Rossoneri. A gamble nonetheless, or he would definitely have been number one. Number four for the Gaucho.

The hottest young Croatian was snapped up by Spurs despite the interest of clubs such as Barcelona and Chelsea, and what a signing it has already turned out to be. Looks set to become the jewel in Juande Ramos' midfield next season. He remains at the sharp end of our list.

A very shrewd buy, and what could very well turn out to be a stroke of genius from Barcelona. With Lionel Messi expected to run the show, what they needed was not a Ronaldinho, but a tireless, no-nosense attacking midfielder to offer support from the other flank - without hogging possession or the limelight. And they got him on the cheap too. A true critics' player in that while fans rave about others, he runs away with the technical plaudits.

The underrated Frenchman was one of Arsenal's best players last season, and Milan's signing was nothing less than a coup. That it was a free transfer makes it even better. Has been the smartest transfer this summer for a while, now, but drops down to number two, finally.

A lifelong Barcelona fan and one of the best playmakers in the world today, how Madrid managed to sign him for nine million euros I don't know. What is even more baffling is how Hamburg let him go at that price (even if clauses could raise it to 13m). I would probably have put him up here even if he had cost 15 million. A downright steal, and just the kind of person who will add to Bernd Schuster's team without destroying it (get the hint?). 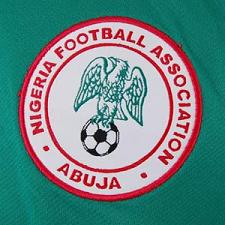