Saturday January 15, 2011 - 10:45:58
Careers
0 Comments
3410
Shaafici Muxyidiin
The Somali Football Federation (SFF) on Saturday held a highly-arranged ceremony intended to mark on the conclusion of the 6th edition of the country’s 3rd division football championship. The ceremony was held at the Sahafi international Hotel in Mogadishu.

The 3rd division soccer championship ended on 29th of November last year, but due to some major duties that SFF had to do including the recently ended regional football tournament, the conclusion ceremony was postponed until today Saturday, according to Somali Football Federation (SFF). 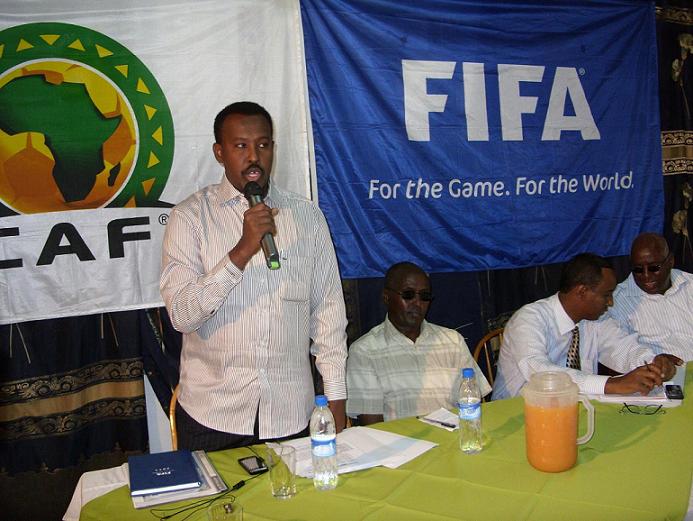 He said that young boys of 15-16 years of age had taken part in the 6th edition of the 3rd level championship and that was meant to create young and talented boys from the championship.

“We are very proud of what we have done, because 80 talented players were short listed from the competition and we will draw a special training program for them” the secretary General said during his address at Saturday’s closing ceremony.

He said that 9 teams who took part in the championship were represented by young players including: school boys, former child soldiers and street boys who were rehabilitated in football for peace programs formerly implemented by Somali Football Federation.

“One of the football for peace programs we achieved was the famous {Punt down the gun and take the ball project) which yielded very positive results, because most of the young players we have were educated in that project” SFF secretary General told the closing ceremony. 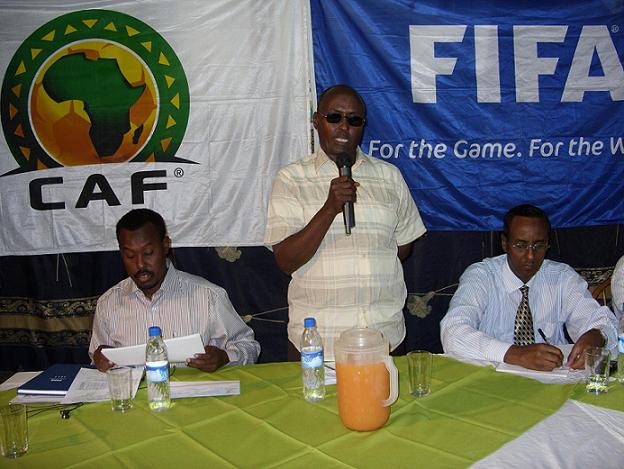 Somali Football Federation first vice president Ali Said Guled Rooble for his part said that SFF tried its utmost to achieve a positive tournament and will continue holding such championships to approach its target of promoting and developing a real football in Somalia despite wars and other problems the country has been facing for the past twenty years of lack of central government.

President of Somali National Olympic committee Aden Hajji Yabarow who addressed at the ceremony said that last year the country’s sporting federations had done a tangible work and he hopes will do the same this year. 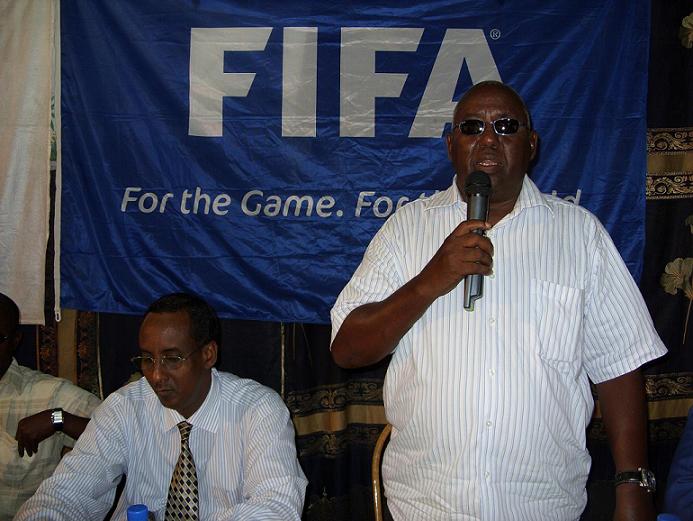 “On behalf of Somali NOC I praise the Somali Football Federation for the great job it did in the past and I emphasize here in front of you that  each sporting federation in Somalia will be valued with its activities” the NOC president said adding that an active federation or association and none-active one will not be similarly dealt with.

“I am very happy that all members of Somali sporting family are showing a good cooperation” president Aden Hajji Yabarow of Somali Olympic committee told the closing ceremony, before he handed over the microphone to Somali deputy minister for youth and sports Abdirashid Mohamed Hiddig.

“This is a very beautiful task” the deputy minister said adding that Somali Football Federation is doing much more work than can be done in such chaotic country. 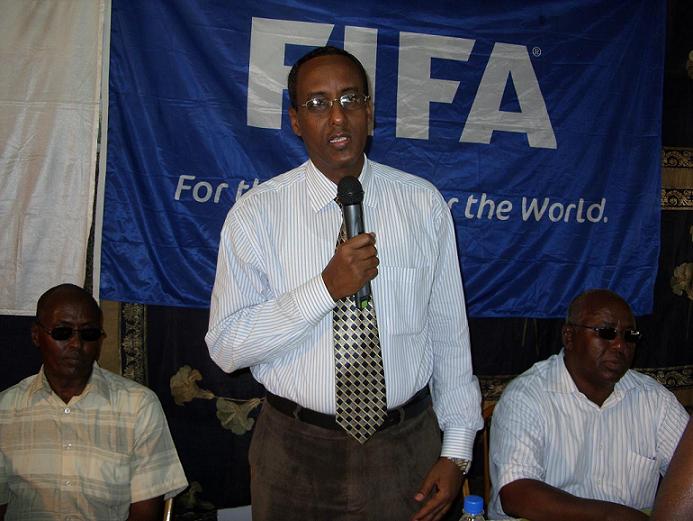 “Sport is a good organ in the community, because it has nothing to do with politics, religion or tribalism and it is against apartheid, drugs and all bad habits so we can say that Somalia currently needs sports more than any other country in the world, when it comes rehabilitating recruited children, reconciliation or public integration” the deputy minister told the ceremony.

During the ceremony, Somali Football Federation has paid thousands of dollars of prize awarded to the best player, the top scorer and winner team Jamhuuriyo. Like wise certificates of honor were presented to the media outlets who always covered the tournament including: the International sports Press Association AIPS, playthegame.org, the US-based News portal www.newsblaze.com and the local Somali Websites of www.isboorti.com, www.mareeg.com.www.hobyonet.com, www.raxanreeb.com and radio stations including: Radio Mogadishu, Radio TUSMO, Simba Radio, VOD Radio, Radio Shabelle and Hurmo Radio. 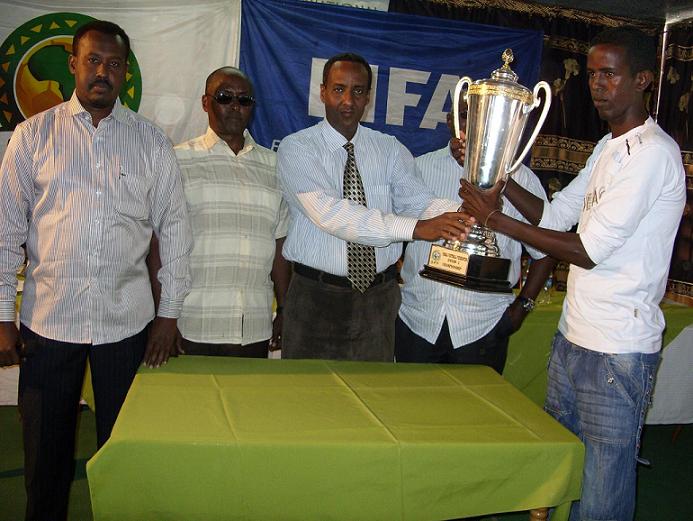 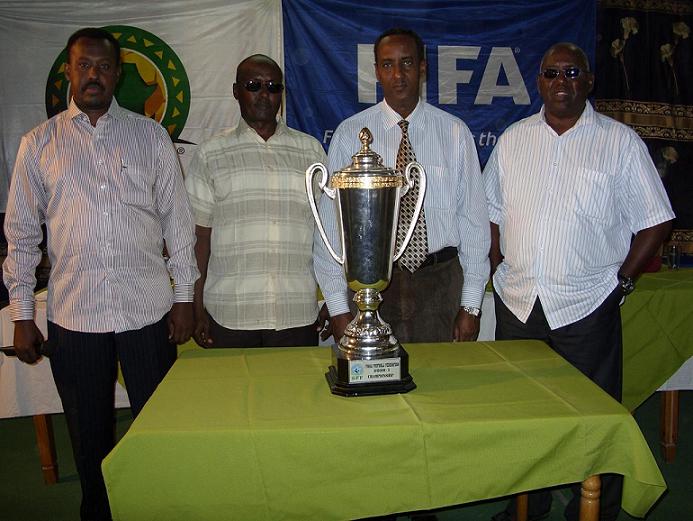 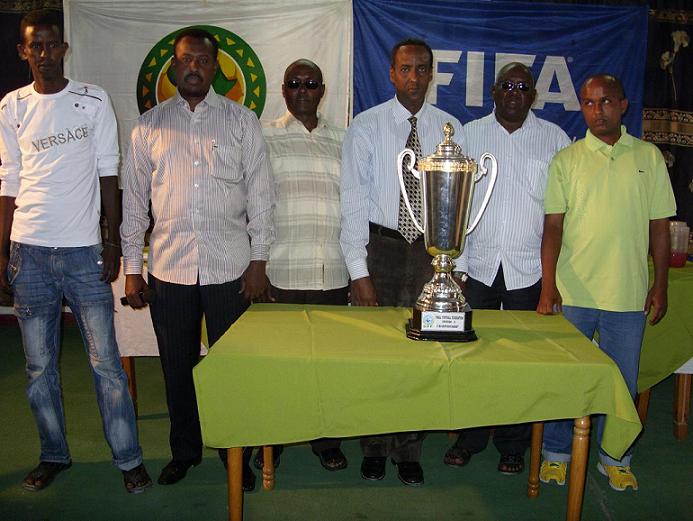 Mean while Somali Football Federation revealed that the country’s 1st division soccer championship will be restarted on Friday the 21st of January. The 2010-2011 championship was halted in mid December because of the regional soccer tournament which was held last month. 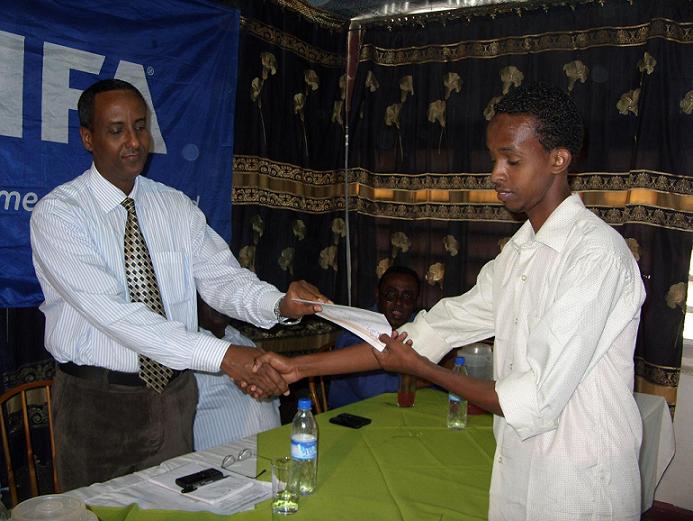 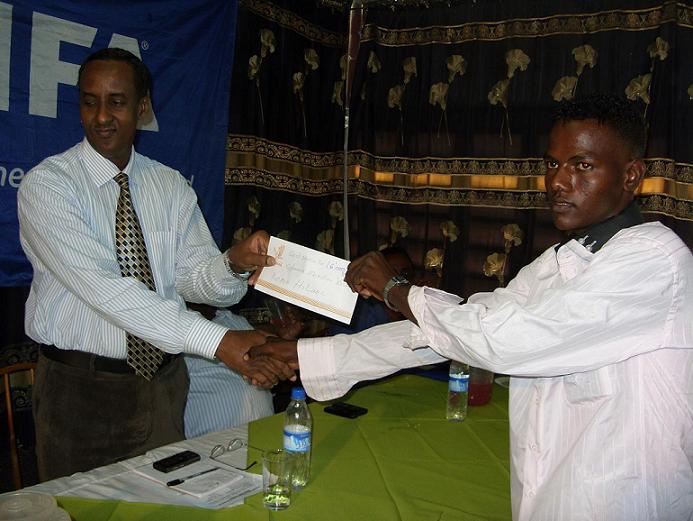