"A group composing of doctors, nurses and first aid action team, has been assigned to do the task during this year’s edition of Somali Inter-State football tournament. We have enough medical equipment” Dr Sabrie said in a statement on Thursday.

He said that ambulance services have been arranged in case there are serious injuries during the competition. "We have very healthy cooperative relations with a number of hospitals including Medina hospital, Keysaney hospital and Ummah Hospital, where serious cases will be admitted. Thanks to the management of these hospitals” Dr Sabrie added.

He continued "Each year, our medical staff undergo advanced training sessions and on top of that they all work at hospitals, so they are well-trained and fully ready for the duty” The tournament which was due to kick off on Friday has been postponed until Sunday due to technical reasons. 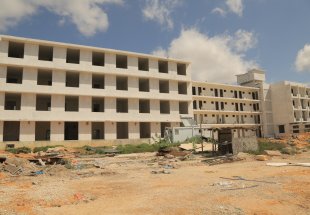